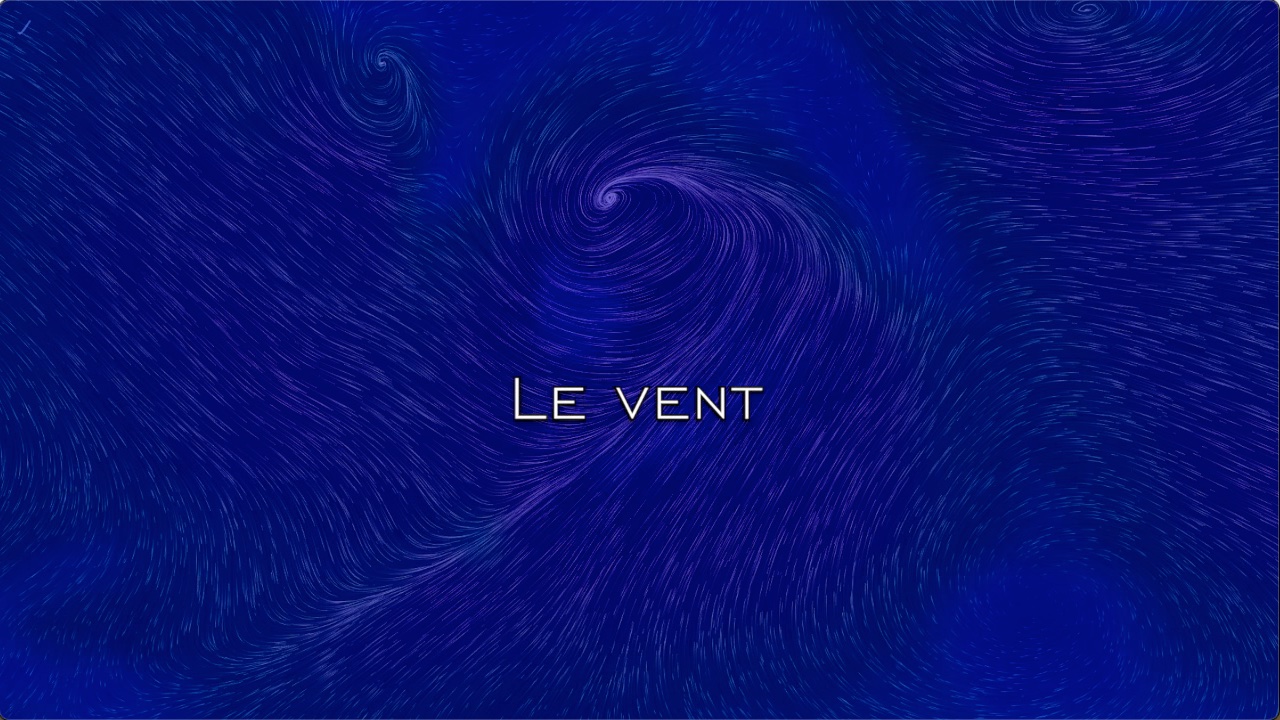 Although it is a science of global phenomena, meteorology is more of a local interest.

But within reach of the internet screen, we also have graphs and forecasts for the whole earth, including wind maps and satellite photos of clouds...
Let's admire the graceful movements and trajectories of the vortexes, as well as the strange shapes of the cloud clusters gliding over land and sea, without borders.

Like the sound of music, wind is a powerful and invisible energy in the atmosphere where we breathe, smell and hear. While sound makes the air near us vibrate without moving it, wind sets warm or cold air masses in motion over thousands of kilometres.

By itself, wind is silent. But close to the ground, it rubs against objects, plants, buildings, the sea and our ears. This produces noisy turbulence: hissing, rustling, whistling, howling, roaring....

But more often than not, arriving from so far away almost silently, the wind lightly stirs up nearby things, moves them or animates them.

There is also the story of a weathercock.For so long he has been pivoting on the spot in the middle of his North-South-East-West cross, he would like to fly away to finally meet the meteorological geniuses up there: Aeolus on his cloud, the dances of the cyclones against the anticyclones, the jet-streams... There is also the compass rose that walks around turning in his multi-directional world.