What influences and inspirations resonate in my music?

I listened to these musics a lot, first of all because they make me feel good. They have influenced me through the feelings they inspire, and some, through their style and construction, have also influenced my own creations. I quote here the musicians I have been listening to and listening to again for years because I often come back to them.

The order of the list does not indicate any particular preferences, as it depends on the state of mind at the time.

Other musicians are very important to me: avant-gardes, creators of experimental music, inventors of sounds, inventors of listening experiences who have opened my ears and mind, but whom I actually listen less often: "we never swim in the same river" (Heraclitus). 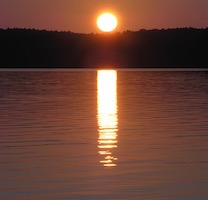 Art and music, through artworks, places and moments of sensitivity to works and sharing of vibrations, transmit emotions, feelings linked to physical perception, that of the living, of human society, of oneself, and invite interaction.

This can be seen from different angles of vision about spirit, culture and action. For example, according to the techno-scientific angle, the psychological angle, the social or the spiritual angle, etc. These various points of view lead to different ways of seeing and analysing, often dissonant, even contradictory, although well-founded and legitimate. They therefore deserve to be considered with their variety because simplifying according to an arbitrary or unique thought would be sterilizing for understanding and creativity. For my personal pathway my reflection is nourished by a small number of rather dense works by interdisciplinary thinkers adopting approaches that respect the complexity of things:

More specifically on music, I also learned through essays written by musicians sharing their thoughts and experiences:

Cooperation: the artists with whom I work

Working regularly with other artists, my approach to seeing and hearing has been influenced by them. On this site an article is dedicated to my work with sculptors, painters, photographers, plastic artists: Joining music and visual art: feedback from experience.