"Wishing  to create music, I first choosed my instrument: the electroacoustic sound,

In concrete terms, in parallel to my work as an engineer, I studied, experimented and recorded my first pieces in the 1980’s. I used analog synthesizers and sounds recorded on magnetic tape, cut and assembled in small pieces. Then the digital audio home studio made it possible to achieve greater precision, to design a sound work tooling and also to integrate video images into the composition. I am self-taught, capitalizing on my working notes and drawing inspiration from the pioneers of European and American musical innovation.

Beyond the wish of contributing to today's musical creation, I want to share this music with an audience that is not accustomed or not very receptive to the contemporary or acousmatic repertoire. After hesitating about style choices, I finally developed my own method to guide my research and achievements in the ocean of sound potential.

Studying the listening process, mine and that of my future listeners, seemed to me to be a good guiding thread, because the multiple facets of hearing call for multidisciplinary points of view, scientific, aesthetic and ontological. In 2007, initializing my roadmap by synthesizing my knowledge at the time, I published my essay "Imaginary Music", which synthesizes my knowledge of that time, as well as a CD album of my first works, with some rather encouraging returns, including those of the IMEB at Bourges and Musica Nova at Prague. 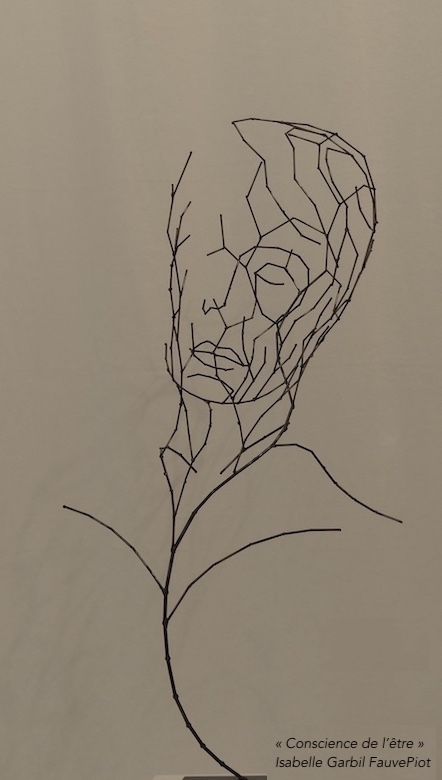 On the way I was amazed by the correspondence between our auditory and visual representations, even tactile. So I got involved in projects in association with other artists: painters, sculptors, photographers, plastic artists, choreographers, poets. Beyond formal analogies, such collaboration gives me a wonderful opportunity to capture the imagination of another creator almost silently and without words, and then, guided by his/her art, to transpose his/her visions into music, which in turn inspires him/her.

Offering the audience to concentrate on their own perception of sounds, I often broadcast my music in a space where there are works of art that inspired the musical composition. Although my expression essentially passes through the path of musical time, I keep in mind that music is perceived by everyone as a temporal component of a global and complex personal imagination.

Today my catalogue includes about forty works. I play them in spatialized electroacoustic concerts, on two or three dates a year. Several pieces are played in loop, integrated by artists who wish to do so for their exhibitions. I produced eleven CD-DVD albums, quoted on the occasion of their release by the producers of the radio programs "Electromania", "Epsilonia", "Song of Praise". Thanks to these passers, as well as to the musical company MOTUS, performing my works on acousmonium during the Festivals "Futura" 2010, 2013, 2015, 2018 and 2019, "En chair et en son" in 2015 and in Paris in 2016.

The challenge for me is not to fulfill the music with my feelings, but to produce music where the listener finds a space to resonate his inner feelings. Each of my works appeals to the imagination to take each listener into the folds of his own evocations, memories and fantasies. But each one also has its own story, which I personally lived and which I propose to discover on this site."