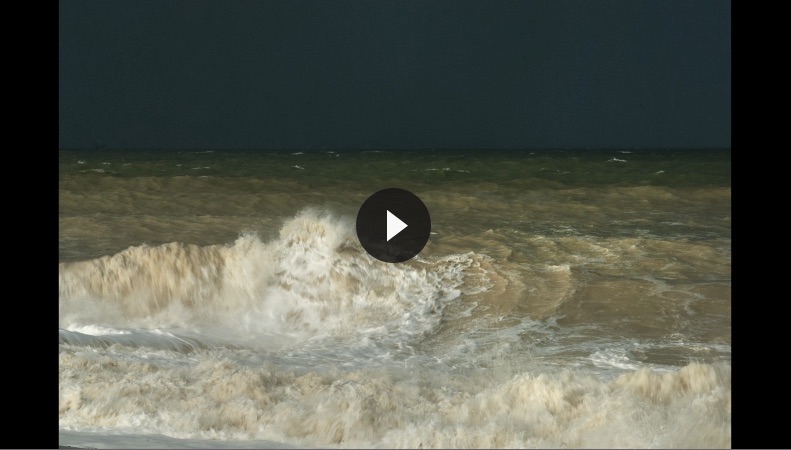 The photographer Michel Di Maggio designed this animation tor reveal the process of producing his pictures, developed on bi-chromated gumma frames. Each picture is preceded by the shots which decompose the motion to the equilibrium point where a single picture suggests both the strenghts and trajectories which leads to it and the continuation of the moves.

Inspired by the poetry of the words which overlap in the photos of Michel Di Maggio, Charles-Edouard Platel makes succeed the crash of breakers, surf and the shouts of birds of meditative sound moments, when the author, going back by some steps, mixes the stream of his thoughts with his pondering over elements.

"La mer" was projected in public premiere in October 2014, to accompany the exhibition of Michel Di Maggio' photographs during the Hélium artistic course in the vallee de Chevreuse.