MAYDAY THIS IS THE EARTH 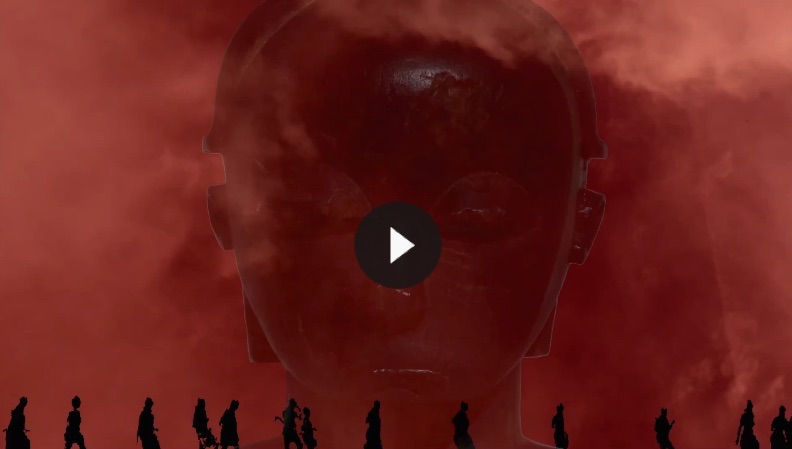 MAYDAY this is the Earth - Teaser

In July 2019, in the midst of a heat wave, young Swedish environmental activist Greta Thunberg comes to France and denounces the procrastination of political and economic leaders to implement measures to slow global warming. The Earth is in mortal danger. Like the pilots of a falling plane, scientists have even calculated the fatal deadline. "Mayday, mayday" is the international radio code for ships and aircrafts in distress.

Overview of the terrestrial globe and zoom on big smoky cities. Gravely, the young messenger is imploring. Unconcerned behaviours, indifference to misery, frenzy of records, the financial perversion as a backdrop, and the crash. Extinction, silence, fall in perdition, dread, distress. Then, according to a fictitious destiny, transition from one world to another, starting again from the terrestrial origins and the birth of vitality.

Charles-Edouard Platel is a composer of electroacoustic music. To create his works of musique concrète, he uses digital tools to transmute sounds captured on the field into unheard sounds, which are then detached from the cause that produced them. Then the sounds are arranged, mixed and fixed on a recording medium to be played in public concerts: « the cinema for the ear".
For some years now he has been experimenting with a similar approach in the visual field, retouching pictures and films in order to produce optical sensations that go beyond the meaning of the original subjects. Then images and sounds, darkness and silences, can be composed together, one not being the accompaniment or illustration of the other.  Gathered in a common orchestra, they offer the spectator/listener a multi-sensory and multi-dimensional sensitive experience.

Sound material: digital sound synthesis, concrete music, with the use of Luc Ferrari's sounds made available by the association PRESQUE RIEN (thanks to Brunhild Ferrari).

Visual material: photographs and films by the author,  fragments of video picked up from the web more for their ability to radiate light waves than for their own stories.